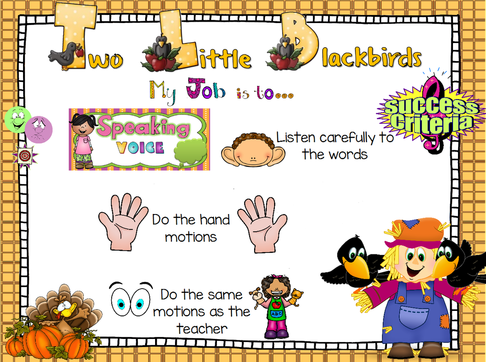 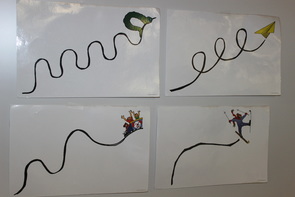 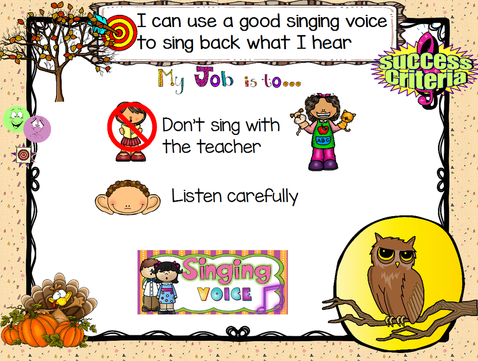 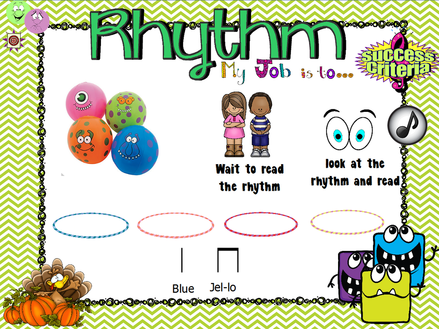 To add a little excitement to rhythm reading, I add monster beach balls.  On each ball I taped a card with a note on it.  I have 8 balls in all.  I put the balls on the floor underneath the Promethean board and then I put four hoops on the floor.  I picked four students to find one ball and stand in one of the hoops.  They put the monster's face facing the class.  On my cue, they turned the ball around.  The class read the rhythm.  After they were done reading the rhythm, they tossed the ball on the floor and picked someone else to go get a ball.  As they were getting set-up I would play music from Monsters, Inc. Movie "The Scare floor". 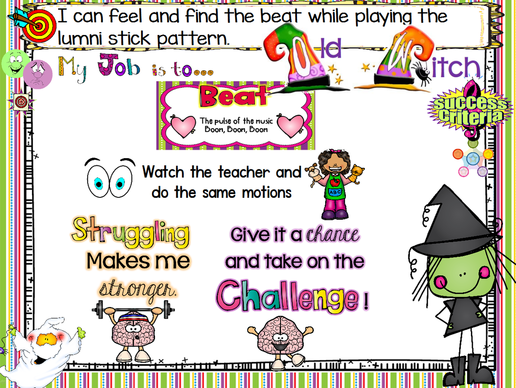 Repeat patterns until the end of the song.

I had 4-5 students go up to the board to tap the purses as the class sings the song "Lucy Locket".  Then I had the children clap the rhythm (the words).  We sang the song a couple of times switching from the beat to the rhythm.