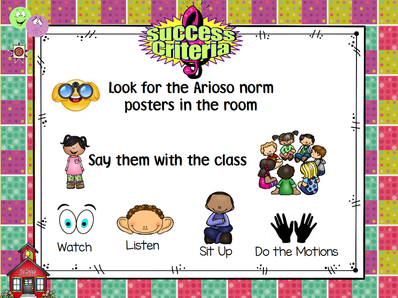 Before they say the norms I will go over the Success Criteria.  A Success Criteria are things they need to know or do in order to be successful at the activity.  I tell the students if they have been with me last or longer they have to say the norms and do the motions.  If they are new to our school, they have to just do the motions, but can say the words if they like.  I do have a PowerPoint running that has the words to all the norms. 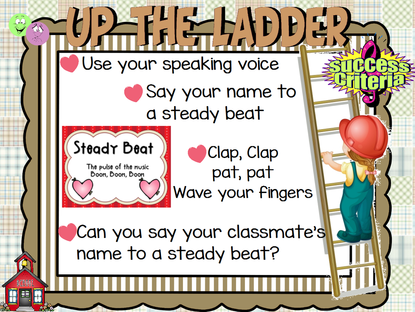 I will go over the Success Criteria.  I will have them "Mirror" (say what I say, do what I do) to review the definition of a steady beat.  I will model how to say your name to a steady beat.  I tell the students that we need to try to keep the beat moving and try not to have any hesitations. 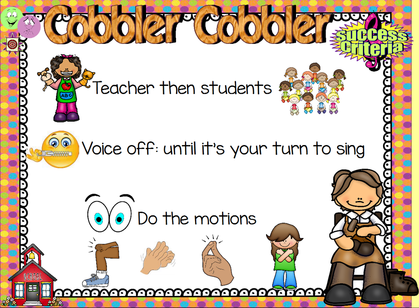 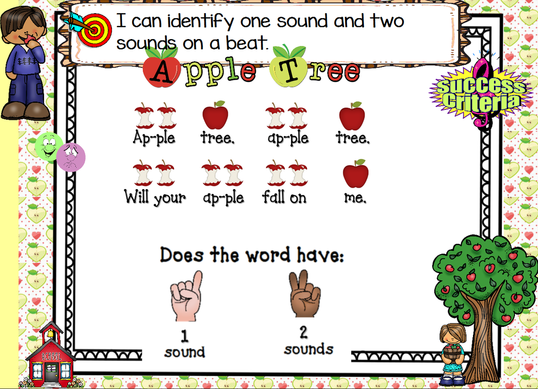 This week we are working on identify one or two sounds on a beat.  Before we begin I will read the target and discuss how we have to figure out why some beats have one apple and some beats have two apples 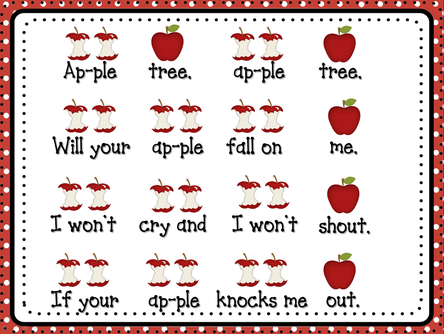 I ask the class why do some beats have one apple and some beats have two apples.  This turned out to be challenging for my students.  They kept saying things like because some beats have two beat on them.  Some students did say that the two apples had two words, but this didn't explain why some of the two apples had just one word (e.g. apple).  I would reread the learning target, but they weren't able to make the connection ( I can identify one sound and two sounds on a beat).  After rereading the target about four times someone was able to finally give the correct answer.  One apple is one sound and the two apples are two sounds.
Now that they figured it out.  I wanted to make sure everyone was understanding.  I randomly called on students to tell me how many sounds on a beat.  This is a PowerPoint I use so as a students tells me the number of sounds on each beat for the whole line, I just click on the computer mouse and the picture icons appear. 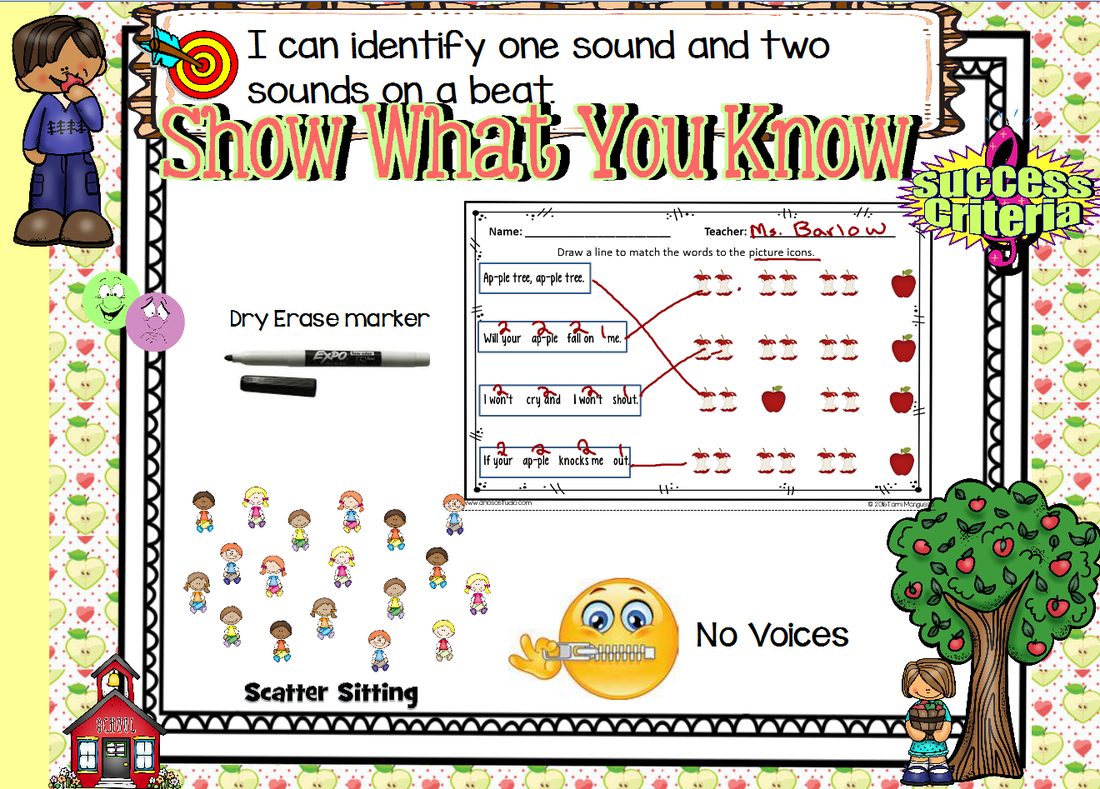 We finished the lesson off by doing an Exit Ticket.  An Exit Ticket is a short and quick worksheet that allows students to practice the skill we learned in class.  It allows me to see who is getting it and who needs more practice. In the Exit Ticket students need to match the words to the correct picture icon pattern. Before they began I gave them some strategies to use like put the number of sounds above the word and then look for the picture icon pattern that matched.  I did erase my answers before they did their own worksheet.
Proudly powered by Weebly