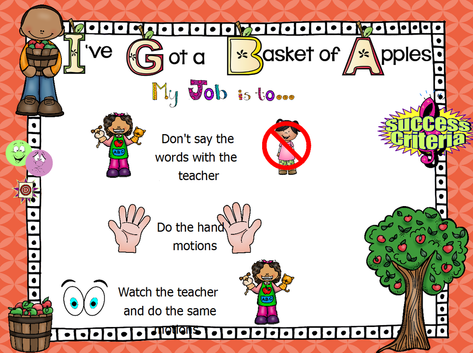 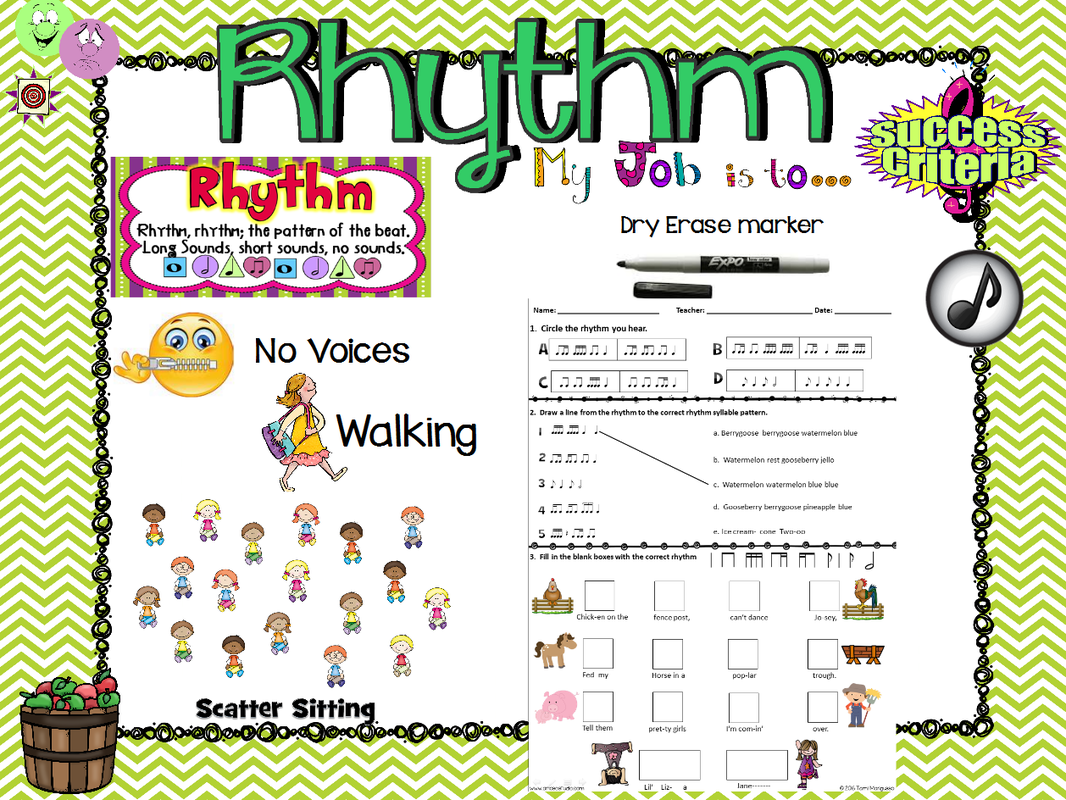 Today students will take the written rhythm Pre-Test.  Rhythm is what my Student Learning Objective (SLO) is for my teacher evaluation.  This is a three part test.

Part 1: I will play the rhythm 3 times, students will circle which of the two rhythms I played.  They get 2 points for each exercise

Part 2: Match the rhythm to the correct rhythm syllables.  They get 2 points each

Part 3: fill in the rhythm to the phrase.  They get 16 points

I cannot read the rhythms, tell them what a note is, or sing/read the words to the songs.  Each line is a phrase from a song they will be learning throughout the year.  They also don't know all of the rhythms (eighth and two sixteenths, two sixteenth and eighth, and syncopa) 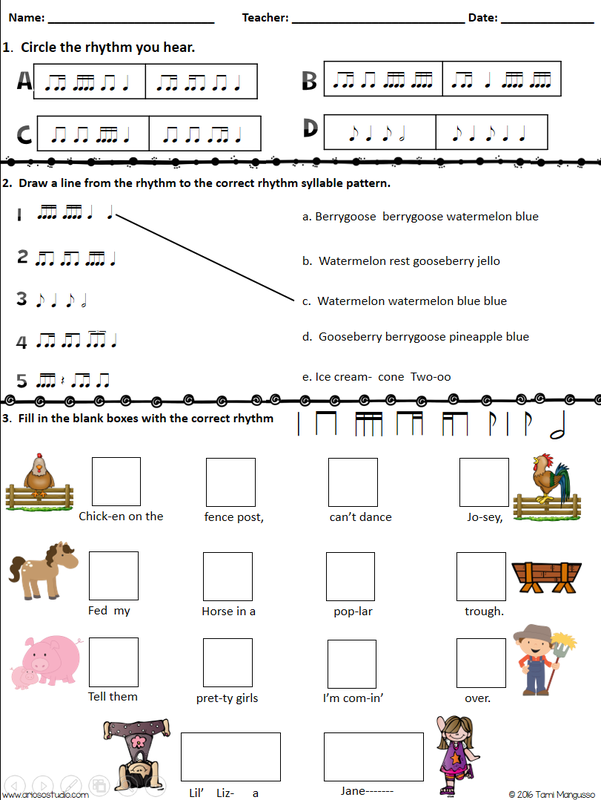 There is no time limit for this students.  Students can take as long as they need.  Most finished in about 15 minutes. 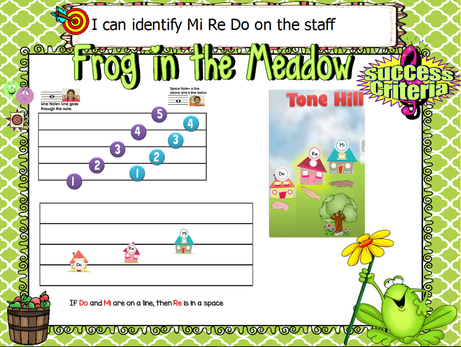 Students didn't do so well on last week's Exit Ticket.  I needed to review and reteach a few things.  I used last week's exit ticket to help demonstrate how to do it. 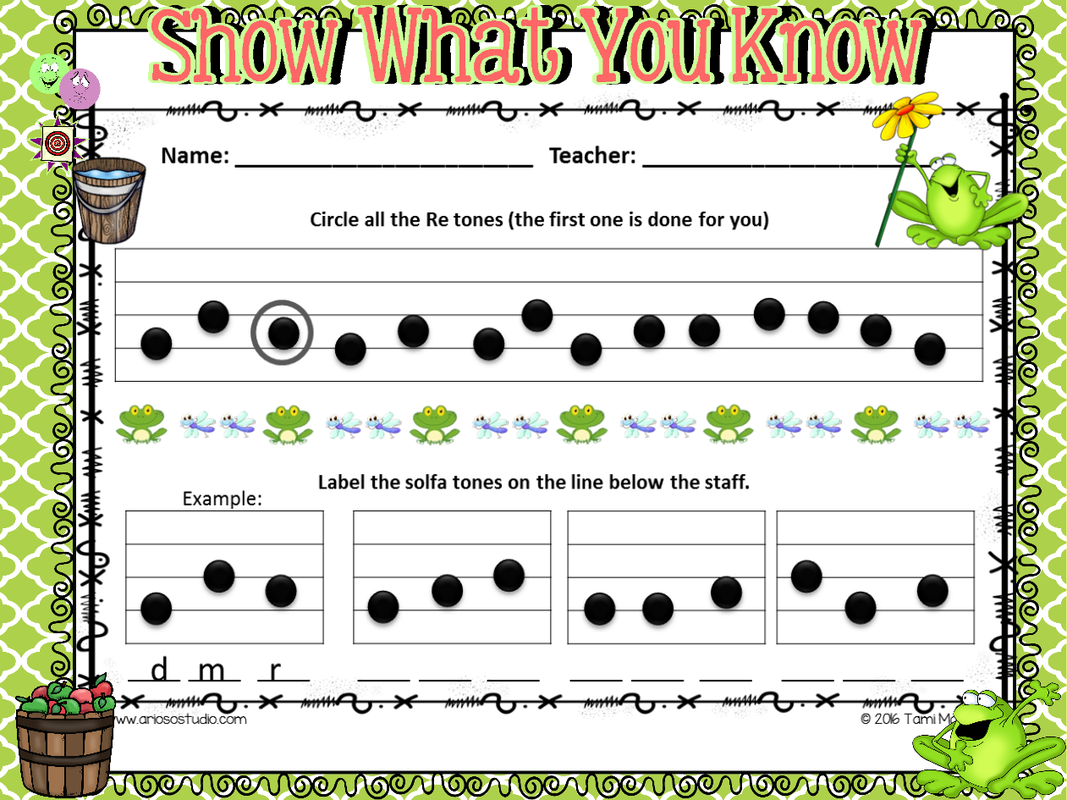 We finished the lesson by playing the singing game "Frog in the Meadow"
1.  Class stands in a circle
2.  One person is the frog and stands in the middle
3.  As the class sings the song, the frog spins around while pointing their finger
4.  At the end of the song the frog stops spinnging
5.  They walk over to the two students they are pointing to
6.  They say "On Your mark, Get set, Go!" as they karate chop between the two students
7.  The two students run around the outside of the circle in opposite directions
8.  The frog stand in the two students spots with their hands up
9.  Who ever taps the frog's hands first wins the round and becomes the next frog.
Proudly powered by Weebly